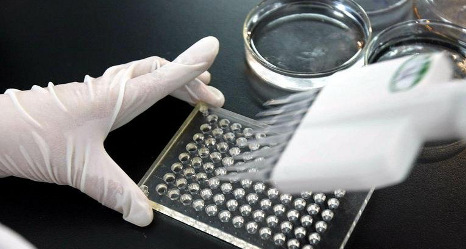 An infectious diseases clinic in Florence on Monday said around 10 people had tested positive for the virus, but added that the results would have to be double checked at the Health Institute.

Those concerned had been tested because they had come into contact with a sick man who brought the disease back from Jordan, but they did not show any symptoms and had not been quarantined.

"There are no new clinical cases but surveillance of people who came into contact with the sick continue," said the head of the ISS's infectious disease clinic Gianni Rezza.

Three cases of Middle East Respiratory Syndrome coronavirus (MERS-CoV) have been confirmed in Italy so far. A 45-year-old man who returned from a trip in Jordan was hospitalised last week, while a young girl from his family and one of his work colleagues were hospitalised on Saturday.

Around 60 people in total are being tested after coming into contact with the sick three, who are recovering well and are expected to be discharged from hospital soon.

MERS-CoV — a cousin of Severe Acute Respiratory Syndrome (SARS), which sparked a worldwide health scare in 2003 when it lept from animals to humans in Asia and went on to kill some 800 people — is believed to have killed around 30 people globally.

Like SARS, the new virus appears to cause an infection deep in the lungs, with patients suffering from a temperature, cough and breathing difficulty.

But it differs from SARS in that it can also cause rapid kidney failure.