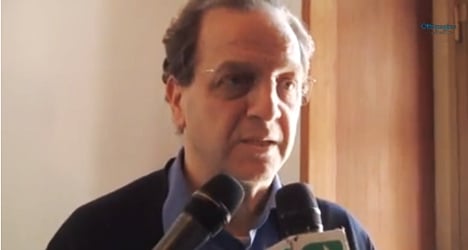 A 60-year-old parish priest in the southern town of Avellino has shocked his congregation and hit national headlines by announcing that he is to leave the priesthood to be with his girlfriend.

Father Giovanni Botta, who, to the delight of the Italian media is also known as “Don Giovanni” to his congregation, has served as priest to the parish of Santo Rosario for 12 years and as a priest for a total of 35.

“I’ve had a very good relationship with the people [of this town] and everyone can testify to my dedication and the competence with which I have carried out my ministry,” Botta told local newspaper Otto Pagine Avellino in a video interview.

“Anyone who has good sense will understand that beyond the role which I have filled there’s humanity, there’s a person who at a certain point will naturally be led to fulfil his life in other ways,” he added.

But the former priest rejected the claim that his decision constituted choosing love over God – “that’s unchristian”.

His relationship, he said, was born out of an “intellectual understanding” and had progressed merely to “affection”.

“I’ve known her for a while, since she was married. I also knew her husband – who later died,” he said.

Botta was keen to stress that his relationship with the woman, which began in April, was no “casual affair”.

“I wouldn’t have waited 60 years if I had just wanted to have sex,” he told the paper.

So what’s next for the parish priest? “I’m going north. Obviously I can’t say where because naturally others should not get involved in this.”

He added that he had already found a job helping to rehabilitate ex-offenders.