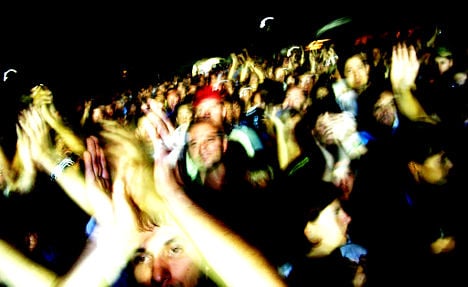 Italy’s financial crisis has taken its toll on many young Italians. With the latest figures showing that 40 percent of them are unemployed, it’s no wonder that many have been sitting at home twiddling their thumbs on a Friday night.

Enrico Messina and Nicola Zamperini, two young Italians who worked together in a communications agency, were all too familiar with the strictures of a low-budget lifestyle.

And that’s precisely what led them to ask themselves: how can we live life to the max while spending the minimum in cash?

In May last year, the friends founded ‘Vita Low Cost’, an online magazine which offers information on activities costing less than €10 in various Italian cities, as well as advice on how to save money.

The activities that the founders root out every week range from concerts to sports and cultural events. Cheap bars and restaurants are also listed.

But it’s not about price alone. Each recommendation has to pass their “stylishness” test – according to the website’s information section, entitled ‘FiLOWsofia’ (PhiLOWsophy).

Currently, the site lists events up and down the country in the cities of Milan, Turin, Genoa, Venice, Trieste, Rome, Bologna, Naples, Bari and Lecce.

This week's offerings include a €5 reggae concert in Milan, a €10 fixed menu at a restaurant in Turin, and a free science fiction film festival in Rome. Past events have included a free Kasabian concert and a talk with Paolo Sorrentino, director and Palme d’Or nominee at this year’s Cannes Film Festival.

“The idea came about because we, as ‘broke’ young people, were always in search of ways to save money without giving up on having fun,” Enrico Messina tells The Local. “We realized that this information [on how to save money] was difficult for the average person to find – at least clustered under the key word ‘low cost’.”

Although the site’s target audience is 16 to 30, their site is pulling in Italians of all ages.

“We thought that a site of this kind could help everyone, not just young university students, as the financial crisis is obliging so many people to be more careful about what they spend,” says Messina.

The site has also attracted the attention of visitors from abroad, and there’s been interest from Ukrainian, Russian and German media outlets.

“Vita Low Cost can also be of use to tourists travelling around Italy, since we cover various cities of artistic interest including Rome, Turin, Venice and Napoli,” Messina adds.

Do they plan on expanding?

In the immediate future, says Messina “we hope soon to expand the scope of the site, by focusing more on the cities that, for various reasons, we’ve had to leave to one side.”