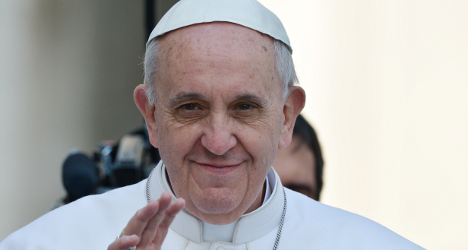 "In the Curia there are holy people, this is true, but there is also a current of corruption,” the pontiff was quoted as saying by the Chilean Catholic website, Reflexion y Liberation. “They speak of a 'gay lobby' and that is true, it is there … we will have to see what we can do."

The admission was supposedly made on June 6th during a conference held by the CLAR (the Latin-American Confederation of Priests).

The official spokesperson for the Holy See, Federico Lombardi, refused to comment on the matter when approached by news agence AFP. “It concerns a private meeting. I have no comments to make,” he said.

In February, in the days leading up to Pope Benedict XVI's resignation, some Italian newspapers referred to the existence of a gay lobby employing blackmail within the Vatican. However, the Vatican denounced the reports as false and defamatory.

Pope Francis also used the meeting last Thursday to reiterate his message of solidarity with the poor. According to reports, he told the priests and nuns assembled to “go forward towards new horizons”, without fear of “running risks by going to the poor, and to new emerging subjects in the continent.”