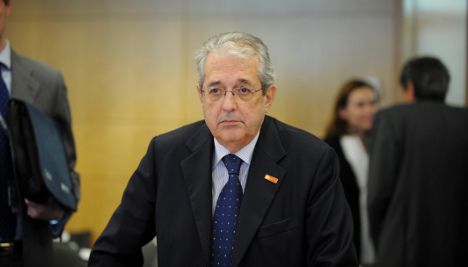 "The fight against unemployment is not a battle for 2019, in any of our countries. It's now. We need the six billion to be concentrated from the very start," French Labour Minister Michel Sapin told journalists after talks in Rome between the big four's economy and labour ministers.

"We talked about how to get the six billion released from 2013 for measures to be launched in the second semester," he said, following the first of a series of meetings aimed at finding ways to reduce the mass youth unemployment blighting the lives of millions across Europe.

The ministers were united in calling for the funds to be released now and used by the end of 2015.

"One of the aims is to signal our great commitment to return our economies to growth and an efficient and serious fight against youth unemployment," said Italy's Economy Minister Fabrizio Saccomanni.

The ministers also discussed how to improve access to finance for small and medium-sized businesses, calling for the European Investment Bank to provide more support for companies which could help tackle youth joblessness.

Saccomanni said that "on a national level, the main problem is how to revive the flows of funds to SMEs and we have agreed to find new channels through which to do so".

"We are heading towards medium-term instruments and discussed interesting ideas such as mini-bonds," he said.

The idea of focusing on SMEs as a key to creating work for the young had already been touted at the end of May as part of a French-German drive to open doors for young people.

According to the latest EU statistics from Eurostat, of the 26.5 million people who were unemployed in the EU in April, 5.6 million of them were under 25 years old, which was 100,000 more than a year earlier.

Friday's meeting was aimed at preparing the ground for the European Councils of June 27th and 28th, at which youth unemployment will one of the key topics on the table, and a special meeting on the theme in Berlin on July 3rd.

The Rome talks will be followed by a meeting of European labour ministers in Madrid on June 19th.

The ministers said they had agreed on the importance of coordinating implementation of the Youth Guarantee scheme, which is funded by the European Union and stipulates that unemployed under-25s should be assured a job offer, an apprenticeship or a traineeship.