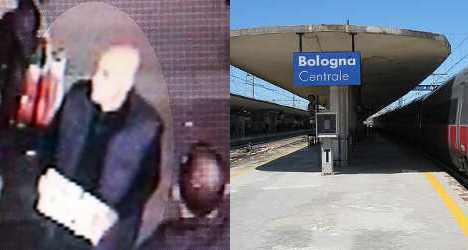 Sergio Ucciero, 55, was found guilty of stabbing 53-year-old Alessandro Porrovecchio to death on platform one at Bologna train station in October 2012.

According to reports, the cuckolded Ucciero stabbed his love rival while fellow passengers looked on.

Ucciero killed Porrovecchio after spotting him with his wife, from whom he was separated, in Bologna. Ucciero had followed her there from their hometown in Marche and was seen on CCTV following his wife with a newspaper in hand, concealing the murder weapon, La Repubblica reported. His wife had only recently started the new relationship.

The sentence came the same day another crime of passion had been allegedly been committed in Italy. Maria Elena Ciragolo was arrested in Sicily, accused of running over her ex-boyfriend and then throwing acid on his face, according to local media.