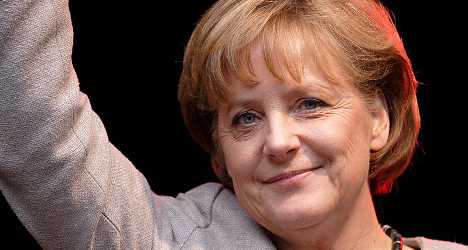 In the Harris Interactive poll, 36 percent of Italians believe Merkel is doing a good job in handling Europe’s economic crisis while the same number think the opposite.

When quizzed on the President of the European Commission, José Manuel Barroso, 42 per cent said he was doing neither a good or bad job. A third of Italians held the same view of European Central Bank President Mario Draghi, although a further 34 percent said he was handling the economic crisis well.

The results reflect the dominant view in Italy and across EU countries that Merkel, rather than those at the top of EU institutions, is deciding the economic agenda in the eurozone.

An overwhelming 82 percent of Italians think Germany’s influence in the EU is too strong, while just 24 percent said the same of France despite the two countries historically driving the European agenda.

Although Italy is the third largest economy in the eurozone, the country’s influence in the EU is seen as too weak by 76 percent of Italians. This is despite former Prime Minister Mario Monti being lauded in Brussels for his swift action on the economy, followed by talks between Barroso and current Prime Minister Enrico Letta shortly after the latter came into office earlier this year.

Both Monti and Letta have firmly stated that the economic agenda agreed with EU leaders is the right course of action for Italy, diverging from the anti-European rhetoric of Silvio Berlusconi, who was forced to step down in 2011. This appears to have had an impact, as 41 percent of Italians agree that Germany is right to say greater competitiveness is the main answer to Italy’s economic difficulties.

Yet with unemployment now at 12 per cent in Italy, the view of austerity is increasingly negative with 56 percent of Italians believing that Germany is wrong to push for austerity in a time of weak economic growth. Negative growth of -1.3 per cent is forecast for 2013 in Italy and is due to climb to just 0.7 percent next year.

As Italy continues to suffer economically it appears that more than economic support is needed from Germany, as 73 percent of Italians said Germany needs to show more solidarity towards the eurozone.