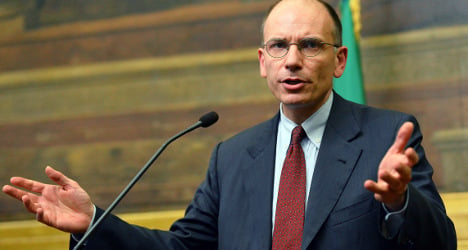 The increase of one percentage point was due to take effect on Monday July 1st, but has now been delayed until October 1st.

“We wanted to give a signal to the markets and consumers that we are hoping to restart the economy,” Prime Minister Enrico Letta said, adding that the temporary freeze could be further prolonged.

The decision will keep Italy’s VAT rate at 21 percent, similar to many other European countries and well below the EU’s highest rate of 25 percent in Sweden.

The move marks a further measure by Letta and his cabinet, sworn in in April, to boost Italy’s sluggish economy while attempting to bring down the country’s public debt, forecast at 130.4 percent for 2013.