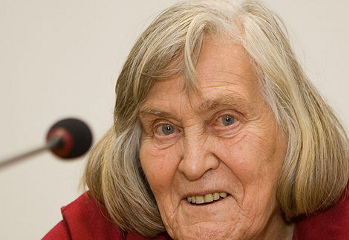 "Goodbye Margherita Hack, lady of the stars," said the headline in La Repubblica, while Il Messaggero called her "friend of the skies" and La Stampa described her as "the girl who lit up the firmament".

Hack, who died in hospital on Saturday from heart problems, was the first woman to head an astronomical observatory in Italy, but she became a household name by speaking out on everything from astronomy to religion, civil rights and politics.

An atheist in overtly Catholic Italy, she described the Higgs boson particle as the real God, insisted there was almost certainly life beyond
Earth and campaigned hard to help legalise abortion and secure gay rights.

La Repubblica described her as "a hypnotic narrator, who dedicated increasing energy to describing the wonders of the stars and the universe."

For columnist Giovanna Caprara in Il Corriere della Sera, "stars, galaxies or life on other worlds with her became alluring adventures in which, with the
precision of the atheist, she separated concepts of science from religion."

"Like never before in our country, she brought heaven closer to earth."

Hack, who headed up the Trieste observatory in northern Italy from 1964 to 1987 and had a prestigious academic career, began her own studies in the literature department of Florence University, but changed to physics after just one class.

A life-long vegetarian and animal rights campaigner, Hack lived with eight cats and a dog and was married to her first love – who she met when she was just 11 years old.

Her plain-spoken passion earned her national esteem. Italian President Giorgio Napolitano lauded her as a "significant personality in the world of scientific culture" and a "strong example of civic passion" who leaves "a noble mark on public debate."

Newspapers were filled with the recollections of admirers and friends; how Hack foresaw the use of space satellites for astronomical observation, how she lobbied for the right to euthanasia, her love of poached eggs.

"It is impossible to separate the scientist from the nonconformity militant, her scientific rigour from her civic passion, her reverence of science from her awareness of doubt," said editorialist Antonio Galdo of Il Messaggero.

All appeared to take comfort or draw inspiration from her attitude to death.

"While I am here, there is no death," she once famously said in a television interview. "When death comes, I will no longer be here." 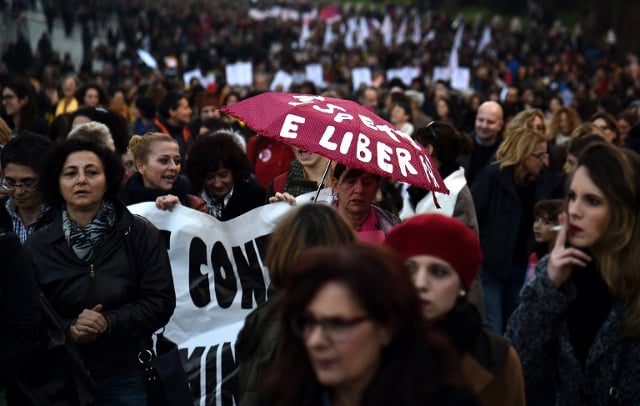 WOMEN
Why women will march in Rome on Saturday
Url copied to clipboard!