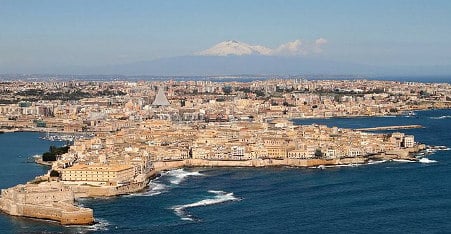 120 migrants were rescued in Sicily on Sunday. Photo: Wikipedia

The boat crossed through Maltese search and rescue waters on Saturday, where its course was followed by two planes, and moved towards Italian shores on Sunday, the ANSA news agency reported.

It was intercepted by the coast guard towards the port of Portopalo in southeast Sicily but its engine failed and the migrants had to be taken onto
patrol boats.

The tiny island of Lampedusa that the pope is visiting on Monday is around 215 kilometres (134 miles) from Sicily but is considered part of the Sicilian region.