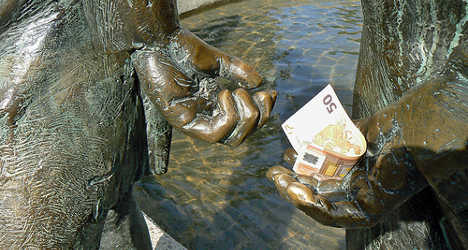 Only Greek political parties faired worse in Europe, with 90 percent of Greeks believing them to be corrupt, while the Danish have the most faith in their politicians, with just 30 percent believing they get up to no good.

The view of parliament in Italy was also bleak, with 77 percent of respondents saying the legislature was 'corrupt' or 'very corrupt'. Sixty-six percent said the same for public officials and civil servants.

The military and police, however, got off lightly. Both are viewed relatively positively in Italy; just 25 and 27 percent, respectively, see the institutions as corrupt.

Despite negative opinions regarding politicians and other officials, few Italians admitted to paying bribes. Two percent said they or a member of their household had paid a tax bribe, while four percent said bribes had been paid to the police.

While Italians appear united in their contempt for politicians, they are divided in their ability to change what they perceive as a corrupt system. Sixty-two percent think ordinary people can make a difference in the fight against corruption; the remainder disagree.