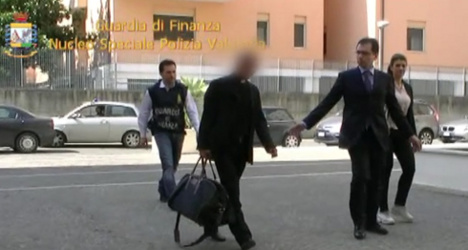 The Vatican's chief prosecutor has seized funds held at the bank by Nunzio Scarano, who was arrested last month along with a former Italian spy on suspicion of using its bank accounts to make transfers for his friends, spokesman Federico Lombardi said in a statement on Friday.

The probe into the cleric, a former senior accountant for the Vatican's financial administration, "was triggered by several suspicious transaction reports…and could be extended to additional individuals," he said.

The scandal-ridden bank, officially known as the Institute for Religious Works (IOR), is itself being investigated for allegedly failing to carry out enough checks on account holders and turning a blind eye to money laundering.

The Vatican is attempting to reform its finances to get onto a "white list" of states that respect international fraud rules, and six suspicious transaction reports were filed with its Financial Intelligence Authority (AIF) last year.

Pope Francis has pledged to clean up the murky institution and has set up a special investigation committee, with reforms so far including the ousting of two top managers and the creation of a "chief risk officer" position.

A US consultancy firm, Promontory Financial Group, has also been tasked with conducting an external review of the bank's rules on money laundering.

"The IOR is systematically identifying and will have zero tolerance for any activity, whether conducted by laity or clergy, that is illegal or outside the Statutes of the Institute," Lombardi said.