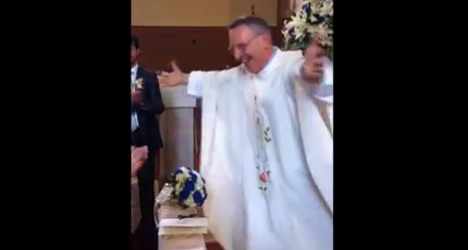 The clip shows him singing, dancing and clapping along to the 1980s hit 'Mamma Maria', by the Italian group Ricchi e Poveri. The happy couple and wedding guests soon join in.

The video has pulled in almost one million viewers and is one of the website's most-watched clips this week.

One viewer commented: "I want to get to know Father Bruno…he's a good example of the church!", while another said: "I'm not much of a Catholic but I respect him and I bet he knows how to engage with his followers." 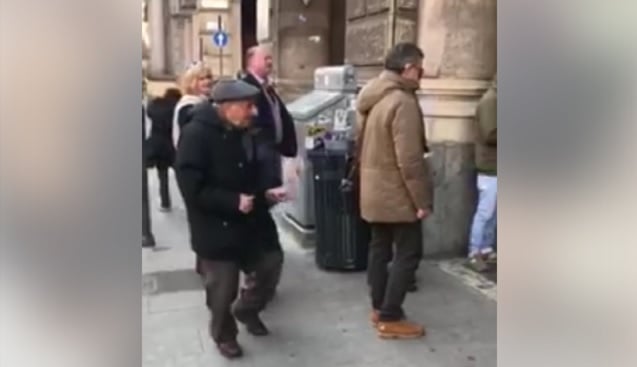 OFFBEAT
This dancing grandad has become a viral star in Italy 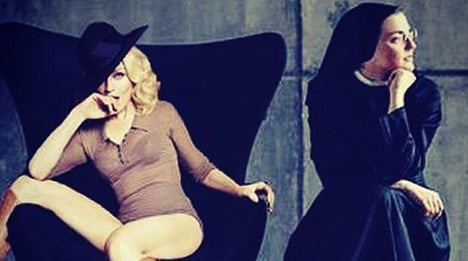 A still from the video. Credit: Alberto Forni

The video was filmed in the centre of northern city Bologna and shared on Facebook by journalist Alberto Forni on Sunday. Since then, it has racked up almost 300,000 views.

Forni doesn't know the identity of the man, and told The Local: “I was just walking around and saw him.”

But one commenter said that judging from the man's hand movements, he had likely been a drummer in a band at one point. “You never lose the rhythm,” he said.

“Music has no age! What a great old man,” said another commenter, Antonella Trovato, while plenty described the video as “fantastic” and “joyful”.

“This is someone who will enjoy himself right up to the end of his days – and that's great!” said Claudio Bianchini from Bologna. “I recommend that those youngsters (and others) who at times lose sight of beautiful things and waste time and energy fussing over pointless things, should take a leaf out of his book.”

The dancing grandpa has received the stamp of approval from Bologna's city hall, which shared the video and noted that Bologna is a Unesco City of Music, thanks to its many musical institutions and festivals.

But the mysterious nonno of Bologna has tough competition when it comes to being Italy's most beloved elderly dancer.

In the northern city of Turin, Annina del Balónm, an elderly woman who dances to the music of street performers, has become something of an institution.

Known by locals as Anna la pazza (Crazy Anna), videos of her routines have appeared on YouTube and social media and shared by many of Italy's biggest newspapers.

She even received praise from P. Diddy, who once shared a video of Anna's moves with the caption “Grandma got that unlimited swag”.

Grandma got that unlimited swag #lol

READ ALSO: Why Bologna should be the next city you visit in Italy 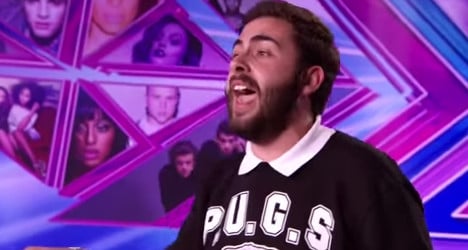 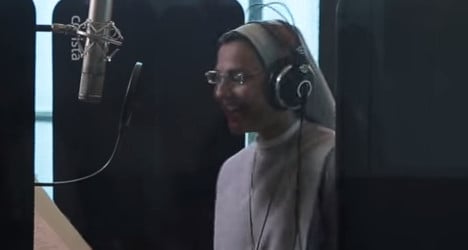