The court in Grosseto in the central Tuscany region is expected to rule on the requests on Saturday.

Schettino, who is accused of multiple manslaughter and abandoning ship, is currently the only one standing trial for the deadly accident off Giglio island in Tuscany which left 32 people dead.

Should the court accept the plea bargains, the highest sentence would be two years and 10 months for the company executive Ferrarini. Manrico Giampedroni, the cabin service director, would face two years and six months in prison.

Audio from the ship's black box revealed the chaos on the bridge on the night of the shipwreck, when Rusli Bin was steering the huge liner and Schettino had ordered a risky "salute" manoeuvre near the island.

In the recordings, when the crew realises the vessel is bearing down on rocks jutting out of the sea near Giglio, Schettino can be heard yelling "hard to port" while Ambrosio appears to yell "hard to starboard."

The helmsman, who did not speak English or Italian fluently, is heard asking "hard to starboard?"

By the time Schettino had repeated his order it was too late to right the Concordia's course.

The luxurious liner crashed into the Giglio rocks on the night of January 13th, 2012 with 4,229 people from 70 countries on board, keeling over and sparking a panicked and delayed evacuation which saw some people forced to throw themselves into the freezing sea.

Schettino has complained that he should not be the only one standing trial for the accident.

His lawyers on Wednesday requested a sentencing deal of three years and five months in prison for admitting responsibility.

Costa Crociere, the biggest cruise ship operator in Europe, has accepted limited responsibility as the employer of all the suspects and was ordered to
pay a fine of €1.0 million in a controversial decision by a judge in April.

On Thursday, the court admitted a new video as evidence in the trial. Prosecutors said the footage from surveillance cameras aboard the ship will
show what happened during the various stages of the disaster – from the crash, to the evacuation order and the ship's capsizing.

It is also expected to confirm exactly what time Schettino left the ship. He has been accused of heading for shore while terrified passengers were still trapped on board, but he insists he fell onto the roof of a lifeboat when the ship rolled and was carried to land against his will.

The Grosseto court set the next hearings in Schettino's trial for September 23th to 27th. The video will be shown in court during the hearings to follow.

The prosecution is expected to call some 360 witnesses, including Domnica Cemortan, a young Moldovan woman who was in Schettino's company at the time of impact, and coast guard official Gregorio De Falco, whose angry phone call to Schettino that night went viral after being leaked.

Schettino's lawyers have called 100 witnesses and plan to probe management at ship owner Costa Crociere, materials used to build the ship, and a malfunction of emergency doors and back-up generators.

On Thursday, they requested a fresh technical survey aboard the capsized liner, which is still lying on its side off Giglio island. The court said it would rule on the request later in the year, but ruled out sending experts aboard the ship before it is refloated and made safe. 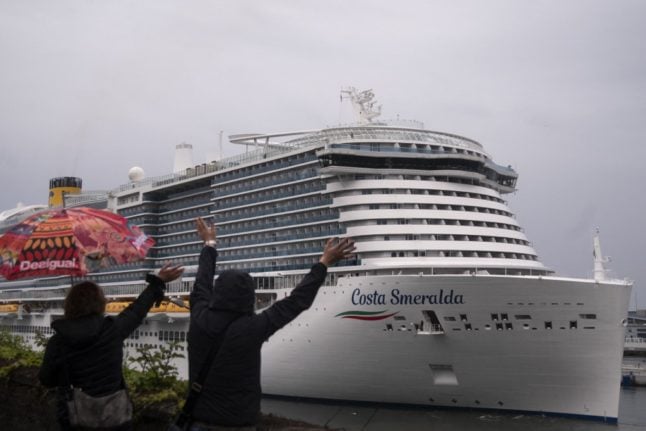 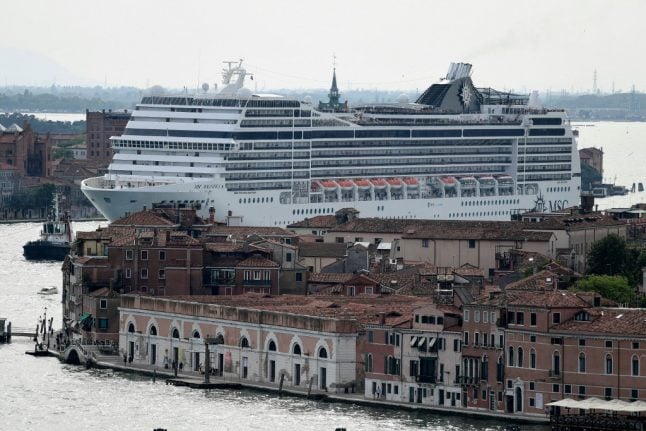 MSC Cruises and Costa Cruises announced this week that their first Mediterranean cruises after a months-long hiatus due to the pandemic would depart from Genoa and Trieste, larger ports that make new coronavirus-related regulations, such as social distancing, easier to ensure.

On Friday, the group No Grandi Navi (No Big Ships) plans an evening gathering to celebrate what organisers called a small step forward in an eight-year battle to ban the massive ships from Venice's environmentally fragile waters.

No departures from the UNESCO-listed city are planned for the rest of the year, as the two companies trim back their schedules and itineraries. Many big cruise ships will also be skipping Venice as a port of call.

“This isn't the final victory. But it's an important step and we believe it opens a new phase of negotiations in which the game has changed,” No Grandi Navi committee member Marta Sottoriva told AFP.

The port of Venice is a major economic driver for the city, bringing in hoards of day-trippers who swell the number of annual visits to the city to over 30 million, according to some estimates.

Environmentalists charge that massive waves generated from the hulking liners, which are often hundreds of metres long and several stories high, erode the foundations of the floating city.

No Grandi Navi warned earlier this month it would resort to unspecified “sabotage” were the big ships to return to Venice for the key August tourist season.

The pandemic has laid bare the reality that Venice should not rely solely on tourism to sustain its economy, Sottoriva said.

The group argues that the current crisis opens the door to a new, more balanced development model for the city, but political will is required.

Complicating the issue for city authorities are port employees who have not worked since March.

On Monday, workers held a protest at Venice's maritime terminal – usually home to 30 cruise operators – with banners proclaiming that as many as four million cruise-related jobs, from baggage handlers and tug operators to hotel workers, were put at risk by the decision to use alternate ports.

“Calling into question cruises in Venice is not a simple environmental or image issue, you can't play with the future of workers and families,” they said in a statement, as reported by Venetoeconomia.it news portal.

Faced with no employment for the rest of the year, workers said they were launching “a cry of alarm and concern that does not exclude further demonstrations in coming weeks.”

Both the environmentalists and workers decry what they call silence from politicians, and long-stalled decisions on proposals to reroute cruise ships to bypass the lagoon in front of Saint Mark's Square.