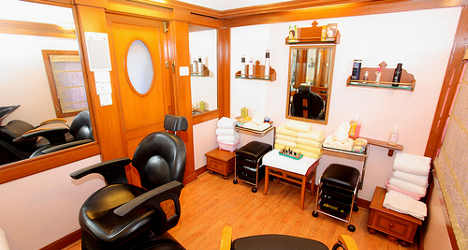 The man, disguised by a motorcyle helmet, entered the Linea & Sole salon in South Rome and shot 59-year-old Cinzia Pugliese in the knees before making his escape, La Repubblica reported.

Before the shooting, a man had reportedly asked who the owner of the beauty salon was, suggesting a targeted attack, the newspaper said.

The woman was taken to hospital although her injuries are not thought to be life threatening.

The motive of the attack is currently unclear.