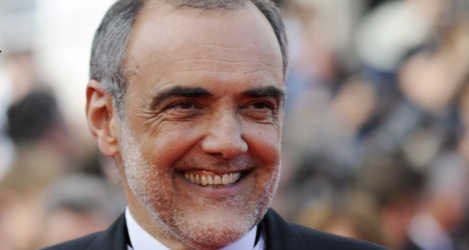 The 70th edition of the world's oldest film festival, which runs from August 28th to September 7th, will mirror today's difficult economic and social climate – and will lack big names because it cannot afford to entice them to come, the director said Thursday.

"Cinema reflects the crises we are going through, be they economic, social or familial. It is a mirror of an often tragic reality," festival director Alberto Barbera told journalists.

"Sexual abuse, violence against women, the breakdown of family ties, inadequate parents, the crisis of values…filmmakers are not giving any signs of optimism or a way out," he said.

Twenty films will be competing for the prestigious Golden Lion. Among them, British Stephen Frears unveils the true story of Philomena, starring Judi Dench as a mother seeking the son she gave up for adoption, and Steve Coogan as the journalist who helps her in her quest.

US films in the running include David Gordon Green's Joe, a brutal drama starring Nicholas Cage as an ex-con who becomes an unlikely role model for a homeless child, and James Franco's Child of God which tells the tale of a cave dweller who tries to exist outside the social order.

For the first time, two documentaries will also be running for the top prize; American Errol Morris's The Unknown Known: The Life and Times of Donald Rumsfeld and Italian Gianfranco Rosi's Sacro GRA on life in the suburbs of Rome.

American hunk George Clooney and co-star Sandro Bullock will kick off the festival with Mexican Alfonso Cuaron's film Gravity, a 3D sci-fi thriller in which the pair play astronauts who get into trouble out in deep space when their shuttle is destroyed.

They may be pretty much all the glamour star-spotters and paparazzi will get this year.

"Our job is not to bring stars onto the red carpet," Barbera said, admitting that the decision to cut down the A-list had been driven by "economic reasons".

"It costs a huge amount of money to get stars and their staff onto the Lido," the Venice island where the festival – and associated parties – are held, he said.

Barbera also admitted "certain risks" had been taken in choosing the line-up; comedies are largely absent and many of the works being screened have very long running times.

The jury will be headed up Italian director Bernardo Bertolucci, 73, and will include Academy Award-winning British filmmaker and actress Andrea Arnold, French actress Virginie Ledoyen, and German actress Martina Gedeck.

To mark the festival's 70th anniversary, 70 directors from all over the world have been asked to shoot short films to be presented at Venice summing up their idea of what filmmaking is.