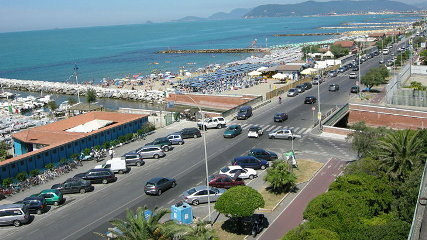 A few hours before shooting Cristina Biagi, 40-year-old Marco Loiola said on Facebook: "I forgive a lot, but not everything."

It was in response to Biagi,38, denouncing him on the social networking site a few weeks earlier, the news website, Giornalettisimo, reported. She had also reported him to the police, accusing him of beating and stalking her.

He is reported to have shot her friend before walking into the bar where Biagi worked and shooting her in the chest. He then took his own life. The couple had two children.

This is the latest in a wave of ‘femicide’ murders in Italy, or the killing of women by men, the news agency ANSA reported. Eighty-one women were killed in Italy in the first six months of 2013, a joint report by the Italian social economic research group EURES and ANSA revealed in June. Seventy-five percent of those killed were murdered by family members or those close to them, the report found.