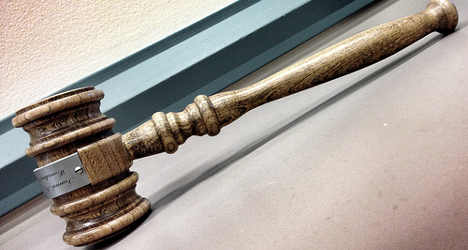 "For the commitment I have shown these past 20 years for my country and as I reach the end of my active life, I have been rewarded with accusations and a sentence based on nothing at all," Berlusconi said.

"This is a country that does now know how to be just," he said, speaking from his luxury residence in central Rome, adding that the sentence "takes away my personal freedom and political rights".

The country's highest court on Thursday handed the billionaire tycoon his first ever definitive conviction, for tax fraud, in a 20-year political career that has been dogged by legal woes and sex scandals.

The court ordered the three-time former prime minister to do a year of community service or be placed under house arrest once his parliamentary immunity is lifted – an unprecedented verdict.

It also said an appeals court should rule on whether he should be temporarily banned from public office, a decision that would eject the 76-year-old from parliament for the first time since 1994.

Read the full text of Berlusconi's speech (in Italian) here.