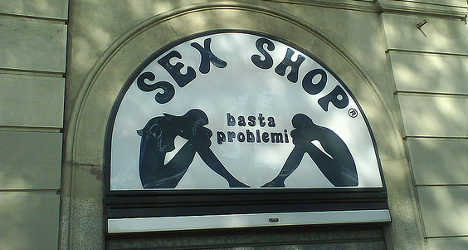 The sex shop had been open a month when it was bombed in April. Photo: Inga Beretta/Flickr

Salvatore Infantino is alleged to have bombed the Vedova Nera Sexy Shop in the coastal town of Gioia Tauro just weeks after it opened in April, according to a report on Quotidiano.net.

The shop's owner put the attack, which cost the uninsured business €15,000 in damages, down to Infantino being "envious" of his success, Metropolis Web said.

Moral objection to a sex shop could also have been the bomber’s motive, other Italian media reported.

The explosion was so powerful it damaged buildings and cars parked nearby.

Gioia Tauro has been hit by a number of bomb attacks in recent months, Il Quotidiano della Calabria reported.

Last September, a bomb exploded at a petrol station in the town, just five months after a furniture shop was hit. Car bombs have also been planted in the town.