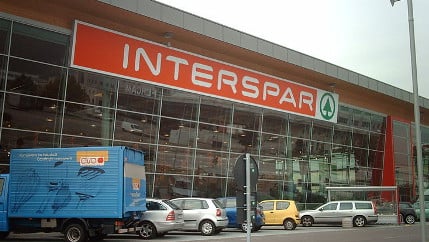 Silvio Berlusconi could end up stacking shelves in a supermarket. Photo: Wikicommons

Berlusconi's definitive conviction for tax fraud opens the way for 12 months of house arrest or community service, as well as sanctions including a ban on running for office for the next six years.

The situation is unprecedented but the rules are the same as for ordinary criminals, law professors said.

Here are details of the sentence and a possible timeline:

HOUSE ARREST: Berlusconi will have to make a specific request to do community service in order to avoid house arrest. Taking account of the summer break in the judicial system, this petition will have to be filed by October 16th and must then be examined by a court.

The billionaire could find himself working in an old people's home, stacking shelves in a supermarket or cleaning up graffiti – although this is highly unlikely.

He has said he does not want to do community service "like a common criminal" and would therefore most likely be placed under conditions of house arrest. He can choose which of his villas to serve his sentence in, but would probably select his main residence near Milan.

There is no chance the 76-year-old tycoon will have to go to prison proper because of lenient rules for over-70s in Italy with short prison sentences, unless he attempts to escape house arrest.

NO ELECTIONS: Berlusconi cannot be a candidate for the next six years under a law passed in 2012 with votes from his own centre-right coalition, meaning he is virtually certain to be barred from the next elections whenever they are. This could prove an added incentive to keep the government in place and not trigger fresh elections by withdrawing his centre-right coalition's support. The next elections are set for 2018, although analysts predict the uneasy coalition between centre-right and centre-left could collapse well before then.

OUT OF SENATE?: The three-time prime minister could be forced to leave parliament even before the next elections – for the first time since 1994 – if his opponents push for the Senate to apply rules against convicted lawmakers.

PARLIAMENT BAN: The supreme court on Thursday also ordered the appeal courts to decide whether Berlusconi should be temporarily barred from holding public office. He was sentenced to a five-year ban on his first appeal, but discrepancies in the law mean the ban would be lowered to between one and three years.

PASSPORT: The globe-trotting media mogul will have to hand over his passport to the police and the foreign ministry is likely to request that he also return the diplomatic papers he has as a former prime minister. He will have to obtain the court's permission for an exemption if he wants to travel abroad.

KNIGHTHOOD: Berlusconi has been known for decades by supporters and critics alike as Il Cavaliere (The Knight), but his 1977 knighthood to the Order of Merit for Labour could be stripped from him.

SANCTIONS: The precise conditions of the sentence are to be determined but may mean he needs court authorisation to be excused from house arrest or community service in order to attend sessions of parliament and even to give media interviews.