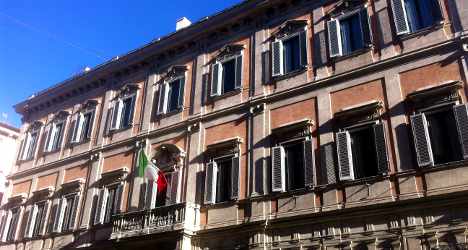 At one stage Berlusconi had 14 mansions spread across Italy and the world, according to a 2010 report by Il Sole 24 Ore. They include his infamous “bunga bunga” Milan mansion, as well as Caribbean island escapes.

On Thursday, the former prime minister was sentenced to four years in jail for tax fraud. Three of these are covered by an amnesty and the remaining year will likely be served under house arrest.

Berlusconi will be free to choose in which of his many homes he could serve out his sentence. It is uncertain whether this freedom also entitles him to jet between mansions.

He will have to hand his passport over, meaning no foreign jaunts at least, but the billionaire need not worry.

Berlusconi may well choose to while away his spare time in Villa San Martino, the luxury residence north of Milan which gained notoriety for the “bunga bunga” parties.

In May, he took journalists on a tour ahead of a verdict in a sex case which saw him sentenced to seven years in prison and a life ban from public office. The politician is currently keeping busy appealing this sentence, amongst others.

A video shot by Il Fatto Quotidiano shows what fun Berlusconi can get up to while repenting his crime. He’s unlikely to miss the nightlife of Milan with his own disco ball, private DJ and a bar stocked full of spirits.

Berlusconi would also be able to have some down time in his cinema, which is filled with plush cream chairs under stone arches.

However, If guests are banned he may feel lonely at the vast dinner table, decked out with candles in a red and gold room.

Despite such a breadth of activities, Berlusconi may have to do away with thoughts of one home comfort: a volcano. In 2006, the tycoon sparked alarm when he celebrated the August bank holiday with a fake volcanic eruption, built to measure in his back garden. Neighbours called the fire brigade to his Sardinian mansion, who were turned away at the gate. The Italian authorities are unlikely to stand for such extravagances again.

But Berlusconi may decide to shun his mansion lifestyle altogether, instead relying on his basic instincts in an underground cave.

In September, photographs were published allegedly revealing a secret underground lair leading from Berlusconi’s Sardinian mansion. The images show an underwater mosaic and a walkway clinging to the wall of the cave.

But with many more court cases to come, Berlusconi may do well to stay in Rome at his Palazzo Grazioli residence. According to Blitz Quotidiano, rent for the year will set him back a mere €2.1 million.