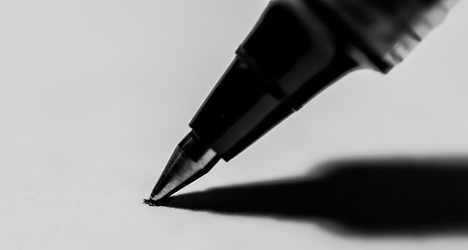 “I wrote the message in the church book,” the author of the letter wrote.

The letter was signed ‘Mario’, although additional details have not been revealed by the investigators, Corriere said.

‘Mario’ followed up the letter drop with a phone call to the hospital reception desk.

“Hello, I’m called Mario, I’m sick with cancer. I’m the author of the message in the church about Yara. I wanted to know if the chaplain has received my letter,” he said.

The caller was referring to a message recently found in the visitor book of the same church, confessing to the 2010 unsolved murder of a 13-year-old girl in the region.

The unsigned note in the visitor's book said: “Tell the police of Bergamo that the killer of Yara Gambirasio was here. May God forgive me.”

Despite taking over 14,000 DNA samples, police have been unable to find the child’s murderer.

Gambirasio went missing in November 2010 after leaving a gym in Brembate, a village in Lombardy.

Her body was found 10km away three months later, with multiple stab wounds and a head injury.

Earlier this year DNA evidence found on the girl’s clothes led investigators to exhume the body of truck driver Giuseppe Guerinoni who died a decade ago, La Stampa said.

DNA evidence suggests that the murderer could be Guerinoni’s illegitimate son, although police have been unable to trace him.