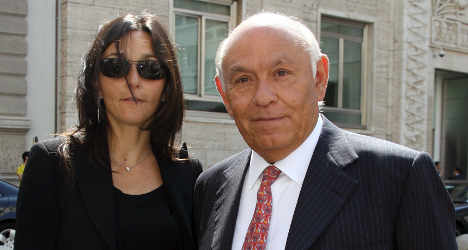 Chairman Salvatore Ligresti was arrested in July, along with his two daughters, after alleged financial wrongdoing at the firm.

The Italian authorities are currently running two investigations into the company.

Assets seized so far include the family’s Milan home and their hotels from the Atahotels chain, including the Principi di Piemonte and the Grand Hotel Fiera Milano, the newspaper said.

The Taormina Naxos Beach resort in Sicily and the Golf Hotel Campiglio in the Dolomites, owned by the Ligresti family, were also part of the operation.

Ligresti has been convicted for corruption in the past, after a number of investigations in the 1990s.