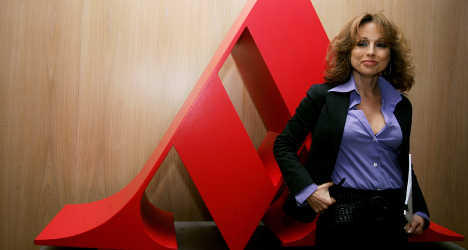 The allegations relate to a trust set up in Guernsey and a Bermuda property, Italian weekly l’Espresso reported.

The magazine alleges that on the eve of his wedding to Veronica Lario in 1990, Berlusconi instructed his lawyer to transfer funds to his children Marina and Pier Silvio Berlusconi.

“The aim was to channel a part of Silvio Berlusconi’s private assets to the children from his first marriage.

“He asked me to build two corporate vehicles for television rights and channel the profits to Marina and Pier Silvio. He wanted the structure to remain secret,” said British lawyer David Mills, quoted in l’Espresso.

A contract for the Guernsey-based trusts was drawn up by Mills and signed by Marina Berlusconi on December 14th 1990, the magazine said.

Mills’ comments were made in 2004, although only uncovered in the latest Mediaset tax trial, which saw Silvio Berlusconi convicted of tax fraud.

CLICK HERE to read a profile of Marina Berlusconi

The Milan prosecutor dismissed accusations of wrongdoing against the Berlusconi siblings, as although the trusts were registered in their names the money continued to be managed by their father, l’Espresso said.

Bridgestone Properties Limited was created during the 1980s and 1990s and used to conceal funds from Fininvest, the Berlusconi family’s financial holdings company, l’Espresso said. Marina Berlusconi is currently chair of Fininvest, which owns Mediaset.

“Bridgestone Limited is the company that purchased the villa of Silvio Berlusconi in Bermuda and a boat. The company belongs to Marina Berlusconi,” Mills told magistrates in 2003, l’Espresso reported.

In 2004 Marina Berlusconi’s lawyer Maurizio Cohen confirmed that she owned the property, the magazine said.

Mills is described by l’Espresso as “the magician of international evasion”.

Silvio Berlusconi was accused of paying his British lawyer a €450 million bribe to lie for him in court during the 1990s, although the case was thrown out last year as it had expired under Italy’s statute of limitations.