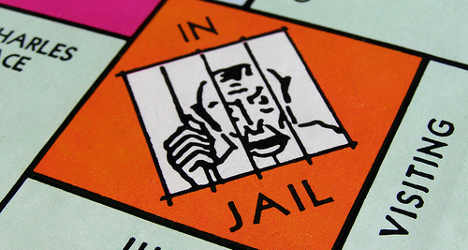 Italian politicians hope the game will still have a jail. Photo: Chris Potter/Flickr

The seven MPs from the centre-left Democratic Party wrote a formal letter to US ambassador to Rome John Phillips, even though the popular table game's producer Hasbro has said there will still be jail.

They said the new version would be "un-educational", protesting also against the replacement of the game's traditional property deals with trading in brands which has been confirmed by the company.

"There has been a shift from property purchases to stock market speculation," the MPs wrote, saying that the new version of Monopoly "extols the turbo-economy that triggered the financial crisis of 2008".

They said "the relevant authorities" should take action against the new game, adding that it ran counter to the "realism and wisdom" shown by US President Barack Obama in pursuing financial crimes.

Monopoly has been sold in Italy since 1935.

A court this month upheld a four-year prison sentence for Berlusconi for tax fraud, which has been automatically reduced to one year under an amnesty and will be commuted to house arrest or community service because the ageing playboy is over 70 years old.

Berlusconi supporters say they are confident that he will receive a pardon from President Giorgio Napolitano, which would remove the year-long sanction.

The billionaire former prime minister is also appealing a one-year prison sentence for publishing a confidential wiretap to damage a political rival and a seven-year sentence for having sex with an underage prostitute and abuse of his official powers.