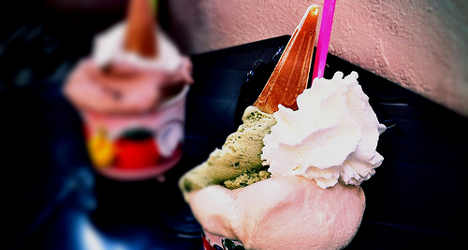 The gelateria was forced to close over a €1.50 unpaid tax bill. Photo: Jonathan Anaclet/Flickr

The Smeralda gelateria in Olbia shut its doors for the weekend on Friday after the financial police found receipts which hadn’t been through the tax system, La Nuova Sardegna reported.

The four receipts totalled €9, leaving an unpaid tax bill of €1.50.

Owner Mirella Manzotti protested but was unable to stop the closure, the newspaper said.

“We don’t want a gift or a discount, we just asked that the closure be moved by 15 days to allow me to work,” she said.

When contacted by The Local on Monday, staff said that the gelateria was open again and they did not have further problems with the tax authorities.

Last week Italian authorities announced that they had uncovered 5,000 tax evaders so far in 2013, with a total unpaid bill of €17.5 billion.