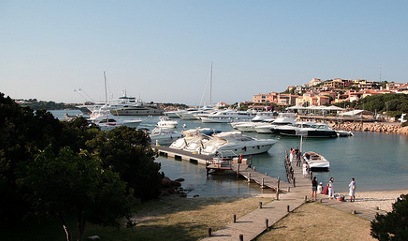 But the €80 bill for four soft drinks at Phi Beach in Baia Sardinia not only left the tourist who had to foot the bill with a sour taste in his mouth but also the billionaire Formula One mogul, Flavio Briatore, La Stampa reported.

Briatore, who owns the aptly-named Billionaire club on the island, seized the opportunity to denounce competitors who charge €20 for a fruit juice and proudly announce that the equivalent costs just €15 at his own venue.

“Those who charge such prices should be fined, it’s a shame,” he said on Twitter.

Dino Squitieri posted the total €120 bill, which included two glasses of wine at €20 each, on his Facebook page.

He didn’t dispute the amount as the DJ at the venue warmed up the evening crowed, La Stampa said.

In May, the news that a group of holidaymakers from the UK paid €64 for four ice-creams in Rome made global headlines, so much so they were later invited back to the capital by shame-faced authorities and treated like royalty.

Meanwhile, the owners of Phi Beach were surprised that the bill had sparked such controversy but were also pleased it caught the attention of the media as it “shows the total transparency of our management”.

They said in a statement: “We are surprised the €120 bill for six drinks, served at a table in a room which welcomes 5,000 customers a day in August, has caused such a stir. The entrance to our club is absolutely free, with drink optional…The drink prices and the service offered are regularly shown on the cocktail list and our customers are free to enjoy their drink at a table with dedicated service or in any other part of the room, without service, for a lower price.”