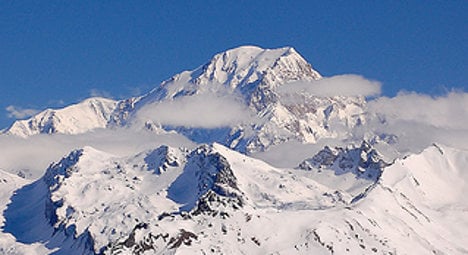 The soldier reportedly fell on the Italian side of Mont Blanc. Photo: Richard West/Flickr

The man was identified as a member of Britain's armed forces and was said to be climbing with a partner although the two were not roped together, the report said, citing police in Entreves near the French border.

It said he began his climb on the French side of the 4,810-metre mountain and fell on the Italian side.

A Spanish climber saw the fall and raised the alarm.

The victim's body was recovered by mountain rescue in Italy's Val d'Aosta region and taken to Courmayeur.

An investigation has been opened, the report said.

Responding for the news, a spokeswoman at the British embassy in Rome told The Local they are ready to assist if necessary.

“We are aware of reports of an incident involving a British national and are urgently looking into them," Giulia Riccio told The Local.