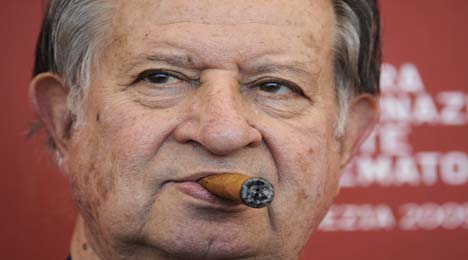 "I want to make a film about Berlusconi. I had in mind the title 'Thank you, Daddy'", Brass said, referring to the nickname given to Silvio Berlusconi by the girls who attended the famously bawdy parties in his villa.

His would-be subject matter, the 76-year-old Berlusconi – who denies frequenting escorts or hosting lascivious parties – was found guilty in June of buying sex from a then 17-year-old prostitute nicknamed "Ruby the Heart Stealer."

Berlusconi has been married twice. His second wife, Veronica Lario, filed for divorce in 2009, describing Berlusconi as "a dragon to whom young virgins offer themselves" and saying she could not stay with a man "who frequents minors."