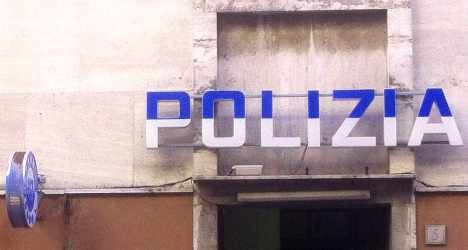 Claudio Grigoletto, 32, a pilot instructor at the light aircraft company, Alpi Aviation do Brasil, in Gambara, was stopped by police at 3.00am, Corriere della Sera reported.

His lawyer, Elena Raimondi, told the newspaper he was stopped as part of a routine car check.

An autopsy on Monday revealed she had been strangled, although the mysterious circumstances of her death at first pointed to suicide.

She was found by the owner of the office block, Giacomo Conzadori, who was drawn to the building by a strong smell of gas.

A bottle of acid was found next to her body, while the office door had been locked from the inside, Corriere said.

The autopsy also revealed that Martins was four months pregnant.

While Grigoletto denies that he had anything to do with his employee’s death, Corriere suggested that the pair was having an affair.

Grigoletto is married with two children and the pair worked together at Alpi Aviation.

Martins had recently discovered she was pregnant, Corriere said.

With Martins’ boyfriend away in Abruzzo, Grigoletto was reportedly the last person to see her the day before her body was discovered.

Police spent the weekend interviewing Martins’ colleagues and friends, although nobody has yet been charged over the murder.