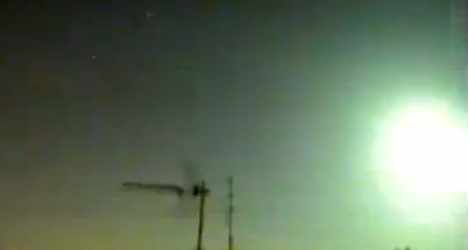 The unexplained flash was seen across the north east of Italy. Screenshot: YouTube

The ball of fire, thought to be a meteorite, was spotted between 2.30am and 2.45am and accompanied by a loud bang and thunder-like roar, Il Gazzettino reported.

It was spotted by locals across the north east, including people in Venice and Padua. One local resident told Il Gazzettino the event had "unsettled his pets".

Perplexed residents called the fire brigade and police duly went on a hunt for the extraterrestrial, but failed to find any traces of a meteorite.