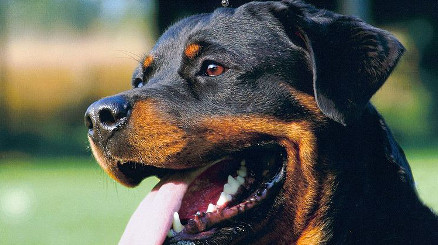 Photo: The Rottweiler was tied to a pole and set on fire. Caronna/Wikicommons.

The sight of the dog wandering along a street in Grottaglie, Taranto, was enough to prompt the man to drench the animal in petrol, tie it to a pole by its neck with wire and set it alight, Leggo.it reported.

Fortunately, the dog managed to break free as soon as he started burning and is now recovering at a veterinary clinic in San Giorgio Jonico, the website reported.

A veterinary nurse is reported to have burst into tears after seeing him in so much pain from his injuries.

Arianna, another nurse at the clinic, said it would take the dog, named ‘Rott’ by staff, a long time to recover from the burns as well as the cuts to its neck caused by tugging on the wire.

He will then be put up for adoption.

Another recent incident of animal cruelty in Puglia sparked outrage after a man was caught on camera throwing puppies across a street.