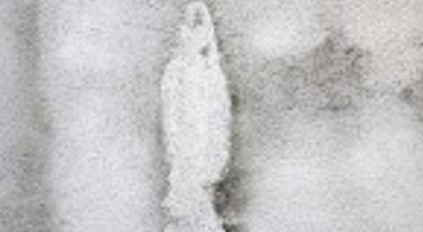 The image, believed to be that of the Virgin Mary, appeared on a wall. Photo: Luigi De Ianni

Describing himself as “very Catholic”, De Ianni said what made the image on the wall, which lingers five days on, more convincing is that the family had only just returned from a trip to the French pilgrimage town of Lourdes the evening before.

He initially thought it was simply a patch of moisture.

“I was in the garden talking to a friend when I noticed the image on the wall,” he told The Local.

“I was completely shocked.”

De Ianni was at a loss to explain how the figure appeared on the wall but that it is “clearly the same shape of a statue of the Virgin Mary”, he went on to say.

“I’m sure it wasn’t there before I went away and have no idea how long it will stay there,” he added.

The Virgin Mary is said to have appeared to 14-year-old Bernadette Soubirous in Lourdes in 1858, telling the schoolgirl to dig a spring. The spring, thought to have healing properties, now attracts millions of pilgrims a year.

There have been several other ‘visions’ across the world in bizarre places. Thousands descended upon Limerick, Ireland, in 2009 when the image of the Virgin Mary was said to have appeared on a tree trunk.

Meanwhile, an American woman sold a toasted cheese sandwich with an image of the Madonna on eBay for more than €20,000 in 2004.

Diana Duyser, from Florida, said at the time that the toast had “never gone mouldy since I made it 10 years ago". She also said the sandwich had brought her luck, such as winning thousands in a Florida Casino.