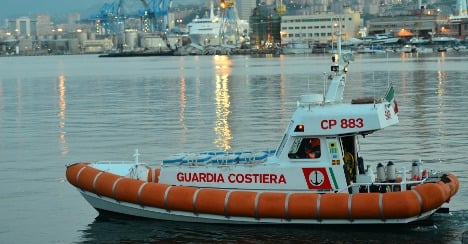 They were first spotted some 30 nautical miles southeast of Syracuse, a port which has seen a sharp increase in Syrian refugee arrivals in recent weeks.

A coast guard helicopter initially lowered water canisters onto the vessel, where several of the people on board were suffering from dehydration.

The asylum seekers were eventually transferred onto two coast guard vessels to be taken into port.

Thousands of Syrian asylum-seekers have arrived in Italy this year, many of them taking long journeys across the Mediterranean from Egypt or Turkey.