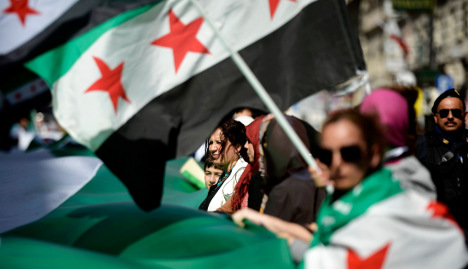 Coast guard and navy vessels rescued the migrants from troubled boats off the coast of Sicily on Friday and Saturday, rushing four of them — a mother, father and their two young children — to hospital for emergency care, the coast guard said.

One broken-down boat was carrying 207 migrants from Nigeria, Ghana and Eritrea, including six children and two women in the late stages of pregnancy.

Another boat was carrying 212 migrants including eight children and was being towed toward the tiny island of Lampedusa, Italy's southernmost point. The coast guard did not say where the passengers were from.

Two other boats carrying a total of 293 Syrians and Egyptians were brought Friday to Augusta, on the eastern coast of Sicily.

The number of refugees trying to reach Italy in dinghies and other boats has increased in recent months because of surging violence in Syria and Egypt and calm summer weather that has tempted many to try their luck on the seas.

The Italian interior ministry says 3,000 Syrians arrived in Italy from the beginning of the year to the end of August, mostly arriving by boat in eastern Sicily.