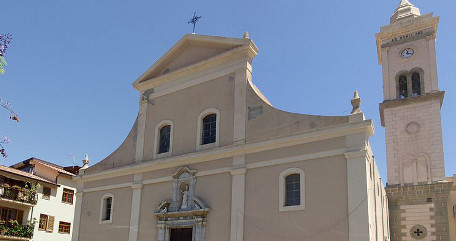 Father David Ingodi Olusi, a Kenyan priest who was exposed in a blog by Father Salvatore Danzi, the archpriest of San Nicola di Bari church in Gioiosa Marea, is alleged to have sold the jewellery and then sent the money to his family in Kenya.

The jewellery, which had been donated to the church, was taken from statues of the Virgin Mary and St Nicholas, the patron saint of Gioiosa Marea.

Father David was arrested at Rome’s Fiumicino airport after being caught stealing the items on a camera set up by Father Salvatore.

In a message on a blog, Father Salvatore said the theft has “deeply shocked and hurt the community”, which has “inevitably risen in indignation and dismay”.

He added that Father David “has treacherously taken advantage of the warm welcome and trust” the community had given him since arriving at the church in May 2012.

After catching him on camera, Father Salvatore reported the theft to the police, who found that several transfers had been made from Father David’s Italian bank account to one in Kenya, with a final transaction for €40,000.

The priest, 41, is said to have left the parish for Rome on April 22nd.

“I paid for his return ticket, along with transport costs to the station in Patti, and gave him €100 for expenses on his arrival in Rome,” Father Salvatore said.

He added that Father David was also carrying donations collected during the benedizione delle case, or house blessing, a traditional Easter ceremony during which priests visit homes and bless their occupants.

In his message, Father Salvatore extended his thanks to the police for successfully “finding and arresting the person behind this sacrilegious theft.”

Father David has been charged with theft and money laundering.