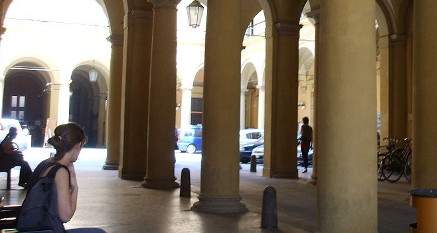 The University of Bologna is the 188th best university in the world. Photo: sailko/Wikicommons

Formed in 1088 and considered the world’s oldest university, the University of Bologna, which includes former Italian prime minister Romano Prodi among its alumni, came 188th, with Sapienza creeping up to 196 from 216 in 2012.

Newcomers to the top 800 include Milan’s Bicocca University, Roma Tre University and the universities of Brescia and Verona.

The top 10 was dominated by universities in the US and UK, with the Massachusetts Institute of Technology (MIT) taking the lead, followed by Harvard University and the UK’s Cambridge, UCL London, Imperial College London and Oxford.

Andrea Lenzi, the president of the National University Council, praised Italian universities for managing to improve despite the funding cutbacks that have blighted them for years.

“It seems that finally the country and the political system have realized that without research, innovation and culture, you cannot have development,” he said in comments reported by Il Sole 24.