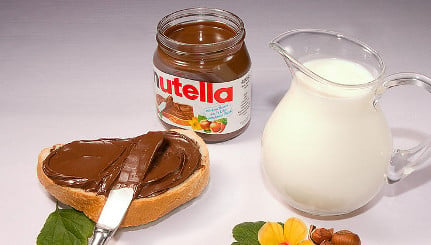 Nutella chocolate spread has helped Ferrero amass a €15.7 billion fortune, making him the richest person in Italy and the 23rd richest in the world. Photo: A. Kniesel/Wikicommons

Between them, they control €178 billion, with an average pot of €86 million each, according to the Wealth-X and UBS World Ultra Wealth Report 2013 released today.

But the Italian with the most zeros in his bank account is the owner of the Ferrero chocolate empire, Michele Ferrero. Nutella chocolate spread has helped Ferrero amass a €15.7 billion fortune, making him the richest person in Italy and the 23rd richest in the world.

He is closely followed by Leonardo Del Vecchio, the founder and chairman of Luxottica, the designer glasses firm behind the Sunglass Hut chain, and Miuccia Prada, the fashion designer.

Rich people in Switzerland saw their wealth increase the most in 2013, with a 13.1 percent rise, followed by Germany at 13 percent.

Despite the ongoing economic crisis, the report tracked 199,235 mega-wealthy individuals, or those with total net assets of €22.6 million or above, globally with a combined fortune of nearly €21.1 trillion in 2013, a rise of more than six percent in population size from 2012.

Meanwhile, as the rich grow richer, more Italians are cutting back. A report published on Tuesday found that eleven percent have cut out necessities such as heating and meat, making them among the most deprived in Europe.