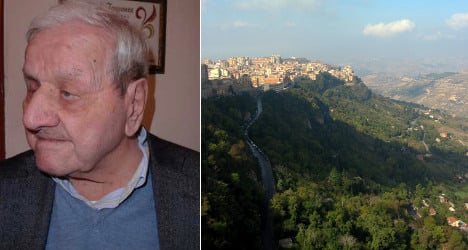 Until Friday September 13th, the record holder for the world’s oldest man was held by Salustiano “Shorty” Sanchez, a 112-year-old Spaniard living in New York.

According to local paper Vivi Enna, the supercentenarian celebrated his 111th birthday on May 2nd surrounded by his children, grandchildren and great-grandchildren.

Born in 1902, Licata worked for 20 years in the sulphur mines of Pasquasia, Sicily, where he has also worked as a security guard and a nurse. During the Second World War, he was posted to Africa for two years before returning home to his native Enna.

A self-taught musician, the supercentenarian learned how to play the guitar at an early age. He also reportedly enjoys writing poetry, for which he has won prizes.

In 1929, Licata married Rosa Jannello, who died in 1980. Together, they had seven children: Concetta, Giuseppina, Tanino, Paolo, Salvatore, Rosario and Lucia.

In July it was also revealed that Italy is home to the siblings with the highest combined age. Together, the ten brothers and sisters from the Melis family in the Sardinian town of Perdasdefogu count 818 years.

Meanwhile, the title of the oldest person in the world is currently held by a Japanese woman named Misao Okawa, who turned 115 in March, according to the Gerontology Research Group, an organization that tracks people over the age of 110.