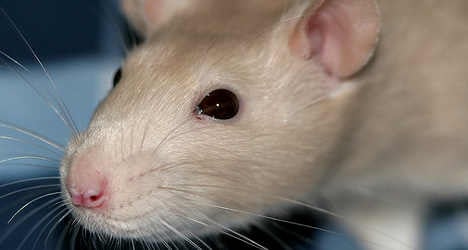 Rats are eating food between the cobbles in Rome. Photo: Dawn Huczek/Flickr

The annual funds of €50,000 have until now not been enough to dissuade the rodents, Corriere della Sera reported.

“The city’s environment office has decided on a new budget for the municipalities….this will finally help make pest control a real priority,” Anna Vincenzoni, city councillor for traffic and waste disposal, told the newspaper.

The new funds amount to around €400,000, spread out across the capital's 15 municipalities, Corriere said.

Dario Capizzi, a zoologist at the Regional Agency for the Parks of Lazio (ARP), told the newspaper a number of measures needed to be taken.

“Firstly, rubbish collection should be monitored [and] old markets…where food falls between the cobbles,” Capizzi said. He also said train stations and metro tunnels needed to be checked.

Rats can be found in buildings that have been closed for a long time, such as schools during the summer. At least four Rome schools postponed the start of the academic year due to rat infestations, Corriere said.