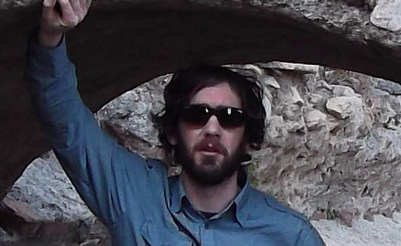 So what made you leave the Emerald Isle for Sicily, apart from the weather?

Sicily is for some a paradise island, and for others a place to emigrate from. I moved here to broaden my horizons and to search for a new challenge. I enjoy the thrill of communicating daily in Italian and developing an entirely new social circle. I had lived in Dublin for long enough to know and love the city completely, but it was just time to move on.

I like hot weather and anything below 20 C for me is cold, therefore I went as far south as possible. Catania is costal, which is a bonus, and this is obviously a huge draw during the summer months.

Sicilians often don't see themselves as "Italians" and vice-versa. Are the differences that stark?

Sicily is an island and for that reason it shares some things with other island cultures. For example, the way people relate to each other here and in Ireland has some similarities. Overall though, Sicily is Italy. The question is often asked, “what is Italy?” since it’s made up of so many divided parts, each of which have different local food and their own dialect.

Did you speak Italian before you came and have you picked up any of the local dialect?

A huge motivation in moving here was the language, which in my opinion is far richer than English, although English has an array of similar words which are often mistranslations from Latin (“pretend” would be a good example). I had learned Italian before moving to Sicily and was lucky enough to be able to communicate well from my first day here. This is hugely important because in Sicily, even more so than in the north of Italy, very few people speak English. For tourists this is fine, as most proprietors of hotels or bed and breakfast places can speak a few basic words. In reality, one will find it difficult to make friends without a good knowledge of Italian.

For me, Sicilian is a language and not a dialect, in fact “Catanese” is a dialect of Sicilian. It is used heavily in Catania but less so amongst university students and the upwardly mobile. I speak a little and can understand most of it. Some locals speak only Sicilian and are not able to converse properly in Italian.

Tell us a bit about the work you do there.

I’ve been teaching English as a means of income and as a social outlet. I discovered immediately that most people have a low level of proficiency. This means that you will need to explain things to them in Italian. To explain the difference between the present perfect and the simple past tense can be a challenge in English, doing so in Italian is another matter! So basically, without good Italian this is a difficult work choice. I’ve also been busy freelancing and writing fiction, and at the moment I’m working on a collection of short stories which will be released in early 2014.

Is Sicily cheaper to live than mainland Italy?

It’s cheaper than the north, but only for certain things. Items such as toiletries etc cost much more here. I’ve heard that this is to cover the extra cost of transportation. Eating out is expensive, especially fish. A drink can cost as much as €6 depending on where you go. On the other hand, shopping in the market can be very reasonable.

What are your favourite things about living in Catania?

As I said, I like hot weather and having lived in Ireland I’ve seen enough grey skies to last me a lifetime. I’m not overly fond of living in an expat bubble so the lack of foreigners is another advantage.

The vastly different culture is very stimulating and has inspired me to write a blog about my experiences, which I have tried to keep more informative and less personal. It is also a useful way for me to understand the experiences I’ve been having.

And what about the downsides?

For many, a disadvantage is bureaucracy. Things take time and I’ve heard that some things even need a special donation to work at all. There is a general sense of chaos here which for many is a downside.

Surprisingly, some locals don’t understand what bins are used for. The younger educated folk are trying to change this and are tackling other social problems such as political apathy and crime.

What would you advise anyone seeking to move to Sicily?

It is important to remember that when moving abroad you must leave your old life behind and avoid romanticising it. You have a new world to explore abroad, one just as ripe and full of possibility. If you like expat bubbles go and speak English in Andalucia instead!

Do you think you'll be there a while?

Who knows? The future is not ours to see. We must live in the present. At the moment it is a good choice.

John P Brady is a writer and teacher who has left the green isle of Ireland for the burnt soil of Sicily. His first collection of stories will be published in early 2014. Details are on his website, www.johnpbrady.com, where you can also find a blog about food, culture and life in Italy. 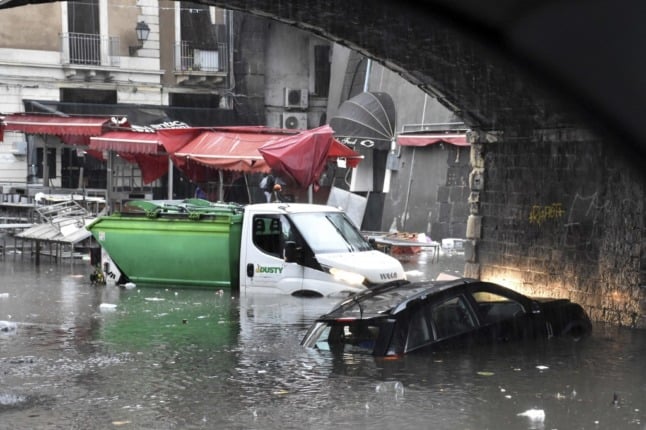