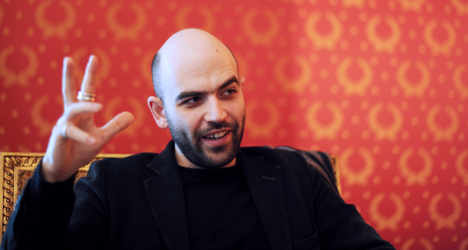 Roberto Saviano was put under police protection after writing about the mafia. Photo: Christophe Simon/Flickr

Saviano, who was put under police protection after Gomorrah exposed the city’s criminal underworld, drove around Naples in Giancarlo Siani’s old Citroen Mehari.

Siani was killed in the car on September 23rd 1985 while on his way home from work, Il Mattino newspaper. His murder was linked to articles he had written about the criminal underworld.

Speaking in Naples, Saviano told Il Mattino the tour was more than a symbolic journey: “The return of the Mehari signifies starting again, including Naples.”

Stefano Caldoro, president of the Campania region, said huge advances had been made in the fight against organized crime. “We want the mobilization against criminality to continue" and, above all, in "cities like Naples and in a region like Campania which is under attack by the Camorra,” he told Corriere del Mezzogiorno.

The Camorra is one of the three largest organized crime groups in Italy. With Naples as its power base, the mafia group is involved in crimes including drug trafficking and illegal waste dumping. The latter was the focus of Saviano’s book, published in 2006, and made into a film two years later.