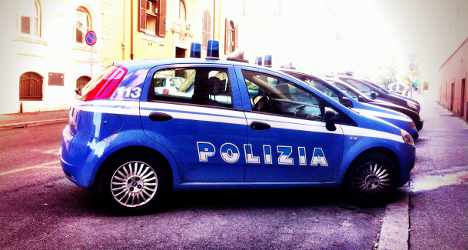 The couple allegedly have links to the mafia underworld. Photo: Rosie Scammell/The Local

Cinzia Mangano and her husband Enrico Di Grusa were arrested along with five others as part of an anti-mafia operation, La Stampa reported.

Mangano is the daughter of Vittorio Mangano, who was part of the Sicilian Cosa Nostra mafia and served as billionaire Berlusconi’s stable keeper in Milan’s Lombardy region. Vittorio Mangano died in prison in 2000.

Cinzia Mangano and her husband stand accused of a number of crimes including mafia association, extortion and using illegal labour, La Stampa said.

A criminal network in Lombardy has reportedly been working with the Cosa Nostra to support members of the mafia and infiltrate Milan’s economy.

A magistrate assassinated by the mafia, Paolo Borsellino, thought Vittorio Mangano played a key role in money laundering in Milan, the newspaper said.