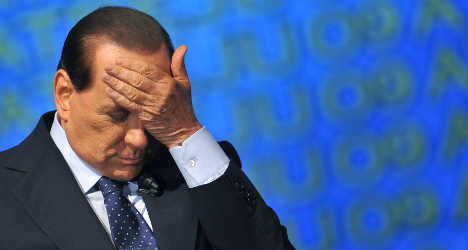 Silvio Berlusconi was voted the most overrated Italian politician in a poll by Ballarò. Photo: Andreas Solaro/AFP

Thirty-one percent of those polled by the current affairs programme Ballar said the former prime minister’s political capabilities were overrated.

The three-time Italian prime minister has been in politics for 20 years, but risks being ousted from the political scene next month after a conviction for tax fraud.

The four other politicians in the poll – all men – come from the three leading parties. Two are part of the centre-left Democratic Party, one hails from Berlusconi’s People of Freedom party and another from the Five Star Movement.

View the gallery of Italy’s most overrated politicians.