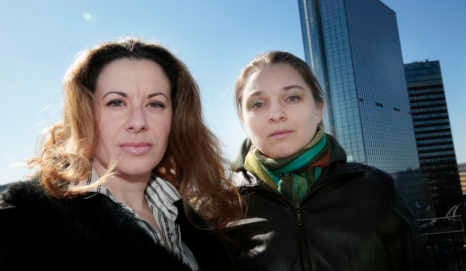 The Irish budget airline's lawyers, Haavind, said the August ruling against it by the country's Court of Appeal should be invalidated as the judge, Kristin Robberstad,had previously been employed by Norway's LO labour union, which had advised Cocca on her case.

"The High Court committed a procedural error which in Ryanair's view must lead to invalidity," Haavind wrote in the appeal. "Alternatively, the case be dismissed by the Norwegian courts."

Cocca, who has likened her employment agreement with Ryanair to a "slave contract", wants to have her case heard in Norway, where she was based and where employee protection is much stronger than in Ireland.

Ryanair argues that as Cocca was employed by an Irish recruitment firm under an Irish contract and worked on Irish registered aircraft, the case should be subject to Irish law.

Cocca, an Italian, was based in Norway, operating out of Ryanair’s hub at the Rygge airport south of Moss.

She claims she was wrongly dismissed after she reported that the head of cabin crew on a flight she was working on smelled of alcohol.

Parat, the Norwegian labour union which is managing the case welcomed the appeal, saying that if the Supreme Court backed the Appeal Court's judgement it would set a precedent which would leave the airline open to similar suits across Europe.

“The Supreme Court’s handling will, regardless of its outcome, have consequences, not just in Norway but in all of Europe," Parat's Vegard Einan said.

Parat hopes the case will eventually mean that Ryanair can no longer undercut its competition in Europe by keeping staff on Irish contracts under Irish employment law.

“If Parat wins, it will be a victory for fair competition, in a world where it earlier has paid off to ignore national laws at the expense of serious airlines.” he told NTB.