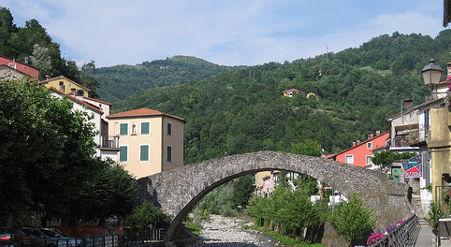 Parents Michele, 42, and Sabrina Isella, 31, moved to the village five years ago from Lecco after being "bewitched" by the surrounding forest.

"We did not want to start a family in an industrial area, so we found this place and decided to change our lives," Sabrina told the newspaper.

Soon after the move, the couple married at a church in nearby Costola, which had not celebrated a wedding for 50 years.

"Everyone in the village helped out," said Sabrina, a teacher of literature at a high school in Varese Ligure.

Her husband, who is unemployed, spends his days tending to the garden and chopping wood.

"We do not have any problems," Sabrina added.

Lissa residents said they saw the blue ribbon on the Isellas' house as "a sign of hope".