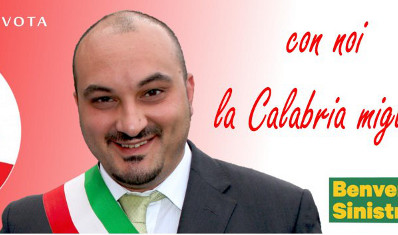 Rosario Rocca resigned as mayor of Benestare after his car was set on fire on Monday night. Photo: Rosario Rocca's Facebook page

Rosario Rocca, mayor of the hill town of Benestare which has only 2,500 inhabitants, tendered his resignation after his car was set on fire on Monday night, according to Corriere della Sera.

“I no longer have the strength to continue after years of solitary and unheeded resistance to the wrongdoing, crime and self-serving bureaucracy,” Rocca said in his letter of resignation sent to Italian president Giorgio Napolitano and other officials. The letter was also posted on his Facebook page.

“I can no longer represent people with dignity due to the state of abandonment and isolation in our region which has been deliberately and tragically forgotten by a blind and absent state.”

Head of a centre-left coalition, the mayor had sought to ensure legality in his administration and his approach angered clans linked to the Calabrian mafia or ‘ndrangheta, one of the most powerful organized crime organizations in the world.

He could not be reached for comment when contacted by The Local.

Rocca is not the only prominent member of the local community who has paid the price for standing up to the mafia.

In recent months, the mafia is also believed to have been responsible for destroying the car of Father Elangui Rigobert, a local priest committed to fighting organized crime.

A recent government report into intimidation of administrators revealed Calabria in first place with 85 cases – with most of the cases found in the region surrounding the capital Reggo Calabria.

In July another Calabrian mayor, Maria Carmela Lanzetta, made front page news when she resigned after a lengthy campaign of violent intimidation.

Lanzetta, a pharmacist, had been mayor of the small town of Monasterace since 2006 but quit after her shop was set on fire and her car was sprayed with bullets.

She became a national symbol in the fight against the Calabrian mafia which dominates the global cocaine trade with an elaborate international network and cells in Canada, Argentina and Australia.