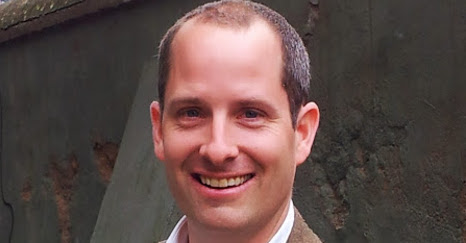 Gareth Horsfall says that while bureaucracy is cumbersome, it's "important to respect the way things are done in Italy".

From a financial perspective, what are the key things a foreigner must consider/plan for before moving to Italy?

The first thing is that Italy has a totally different system of tax, administration and legal system to Northern Europe and other Anglo Saxon countries around the world. The most important thing is to take advice BEFORE they arrive in the country. Particular attention needs to be given to the tax system and housing requirements. Processes in Italy can be slow and very bureacratic and people generally work at their own pace. Seemingly simple tasks can take a very long time and cost a lot of money. However, it is important to respect the way things are done in Italy, even if it does drive you crazy.

If employed on an Italian contract, will they pay tax at source or do they need to declare it themselves? How complicated is that process?

Tax is generally deducted at source under an Italian contract. A person would only need to declare it themselves (or more commonly through a commercialista, or financial advisor) if they are self-employed or working on a consultancy contract, or own other assets outside Italy. If you are lucky enough to be offered work on an Italian contract then it is normally taken care of by the employer. A self-employed person would really need to use the services of a financial advisor as the tax system is generally too complicated to make it sensible to make tax declarations yourself.

How would you rate the level of tax paid in Italy compared to the rest of Europe?

Taxes in Italy are on a par with Sweden, when comparing rates in Europe. However the gripe of most foreigners living in Italy is that we pay the taxes but the services are lacking. This is true, but then this is not the only reason that someone would decide to live in Italy.

Remember that whilst tax is higher than most other countries in Europe, it is not that much higher than the average and financial plans can be made to reduce tax liabilties. However, for employed people, the thing that can increase the effective tax rate is INPS (the state-controlled pension system). In most cases the effective tax rate will be doubled when INPS contributions are taken into account. Unfortuantely, this is a bad system desperately in need of reform but in the meantime the tax and INPS contributions can be crippling to those in employment or self-employment.

Does paying tax in Italy entitle expats to free healthcare?

If you are a European citizen then you are entitled to free emergency healthcare in the EU. This covers you up to a maximum of 3 months. If you intend to or relocate to Italy for a longer period than this (and assuming you are not just having an extended holiday) then you will be deemed to be a resident. If you become a resident in the country then you will need to apply for a carta d'identita and with this comes the possibility of applying for the Tessera Sanitaria. This is the health care card. However, not all health care provisions in Italy are free. Quite often some services, although provided through the National Health Service, are charged for although possibly at a reduced rate.

Do you mainly deal with British expats or everyone? If so, how does tax-paying differ between a European and, say, an American?

I only work with Europeans. Italy operates a system of taxation on worldwide assets and incomes. Therefore if you are a resident in the country you are expected to declare assets and income no matter where it is generated. There are some possible tax credits for tax paid in other countries, if that country has a Double Taxation Treaty with Italy, but often they are restricted and hard to claim back.

What other advice would you give to expats when it comes to long-term financial planning/saving, especially if they want to stay in Italy?

The best advice is plan before you arrive in Italy. If you are one of the people who has arrived and been living here for some time and is worried about how the new taxes might affect you, if you have not declared your assets fully yet, then my advice is look at regularising your affairs sooner rather than later. The tax police are getting smarter at finding offenders. The share of information agreements in Europe and the rest of world make it easy for Italy to track down possible offenders and the penalties for failing to declare, and getting found out, are much greater than if you suddenly start to make tax returns legitimately yourself.

Gareth Horsfall is a UK-qualified financial planner who has lived in Rome for eight years.