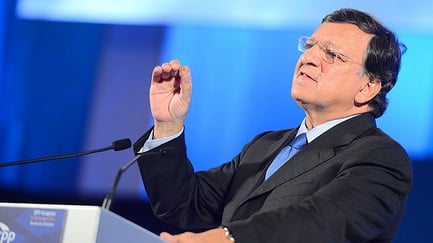 "Political stability is vital for Italy and it is therefore very positive that the Italian government will be able to continue uninterrupted with the reforms it has embarked on," the head of the EU's executive arm said.

"It is indeed crucial to avoid an artificial political crisis which can undermine investor confidence in Italy's economic recovery efforts.

"This is of decisive importance, not only for Italy, but also for the eurozone and the EU as a whole," he added.

Berlusconi abandoned his bid to topple the government at the last minute, opting to back a confidence vote after key allies rebelled against his leadership.

Letta, who had been tipped to win with a handful of votes just minutes before Berlusconi's climbdown, ended up sweeping the vote with a crushing majority of 235 senators in favour and 70 against.

The result was cheered by the markets, with shares in Milan jumping 1.45 percent higher after the announcement.