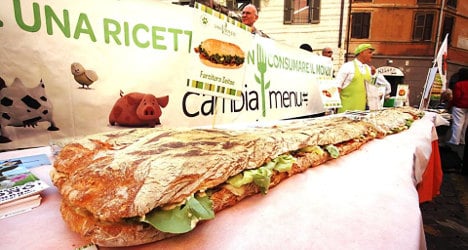 It may not yet be official, but Universo Vegano, the makers of a giant vegan sandwich measuring a whopping four metres, were sure to have clinched a world record on Tuesday.

Passersby in Campo dei Fiori, central Rome, were then offered pieces of the sandwich, which was filled with chickpeas, wheat gluten, soy strips and lupini beans.

But the sandwich-makers weren’t just in it for the world record.

The giant sandwich was in fact prepared to coincide with the International Day of Non-Violence in honour of Mahatma Gandhi as well as International Vegetarian Week (October 1st-7th) and Mercoledi Veg (Vegetarian Wednesday), an awareness campaign organized by the Italian Anti-Vivisection League (LAV).

“Vegan food is both tasty and nutritional, with the undeniable advantage of not causing suffering to animals, to the environment and to our health,” Paola Seguirini from the LAV told Articolotre on Tuesday.

“Almost six out of ten Italians eat sandwiches out at least once a week: an easy and popular meal that can meet the nutritional requirements of all ages.” 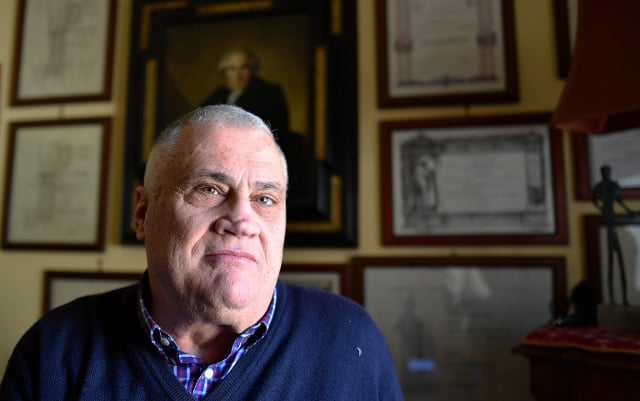 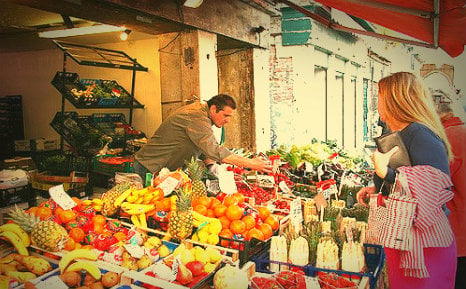 ITALY
Why does Italy have a beef with vegans?
Url copied to clipboard!